Big news for all websites out there. In an unexpected turn of events, multiple analytics tools have reported that Microsoft’s Internet Explorer 6 has seen a big increase in usage lately:

After discontinuing support for IE6 almost a year ago, Microsoft’s CEO issued a statement today saying that Internet Explorer 6 is now back in their product offering and will most likely be included in their next version of Windows later this year:

“We kept releasing newer and better versions of our flagship browser Internet Explorer, but tens of thousands of users were complaining that they miss the quirkiness and complexity of our old 6th version. Our customers’ wishes are at the core of our business, so Internet Explorer 6 is now back, and will be the default browser for the next version of Windows.”

The web-design community is showing mixed feelings about the return of IE6, and scrambling to update client websites to make them compatible.

Thousands of designers and developers have gathered in New York to protest about the recent turn of events (in a repeat of similar protests from 2009): 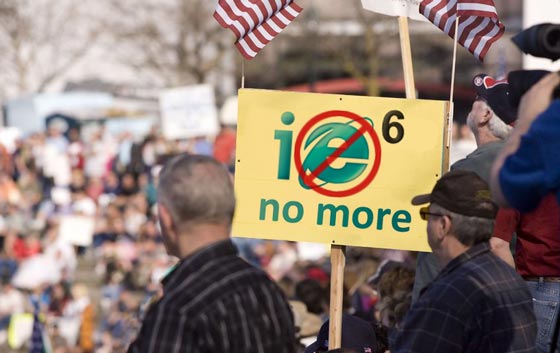 Many online job boards have reported that roughly 15% of their users have updated their profiles & changed their profession from “web developer” to “other” in the last couple of days.

How does Internet Explorer 6 impact your photography websites?

1. It’s expected for Microsoft to also issue an iPhone version of Internet Explorer 6 in the following months. Since CSS compatibility is very limited, websites will no longer work in a responsive manner, so mobile users will again have to pinch-and-zoom to browse a website. Google, who has been strongly advocating mobile-friendly websites recently, completely took down its free mobile testing tools online, and is expected to change its SEO requirements for non-responsive websites too.

2. Advanced slideshows (built with Javascript and HTML5) will most likely also stop working, so web-designers are left with using Flash again for any creative page elements.

3. Performance best-practices for websites are still in place (as people still expect sites to load faster & faster), but less important now since IE6 automatically ignores some of the page elements anyway.

4. Facebook will be down for a couple of weeks. Design changes that Facebook made in the last few years have made it “too modern” for IE6, so the company is now forced to rebuild their social media platform in IE6-compatible ways, leaving millions of users and business without access. 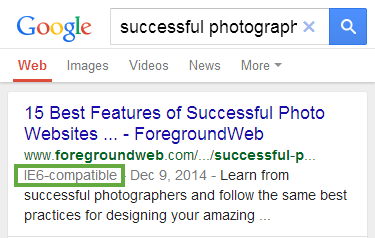 Written by Alex Vita
Hi there, I'm the web-designer, writer & creative entrepreneur behind ForegroundWeb,
and have been building photography websites exclusively since 2009.
Read my full story to see who I am and what I stand for.

Get the best of ForegroundWeb in a single weekly email, along with access to all my resource downloads and weeks of free email training - all about photography websites.

Off-topic or inflammatory comments may be moderated.
Please add VALUE to the web, thanks!

Search for other articles:

Or explore these related categories: 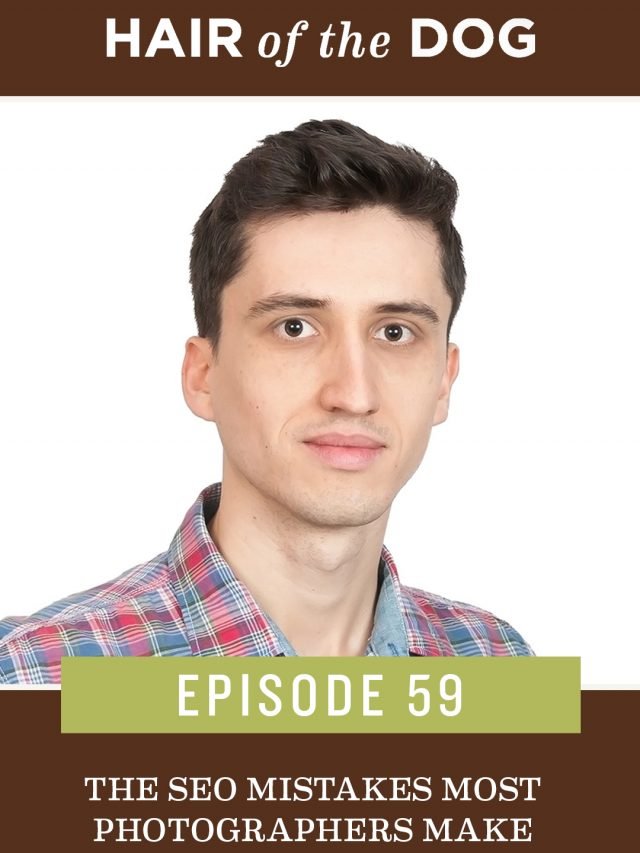 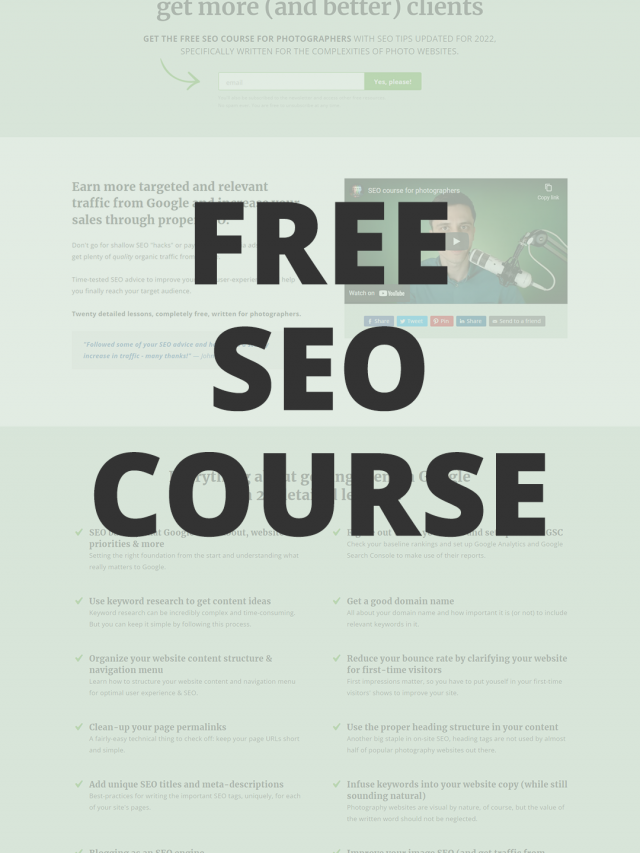 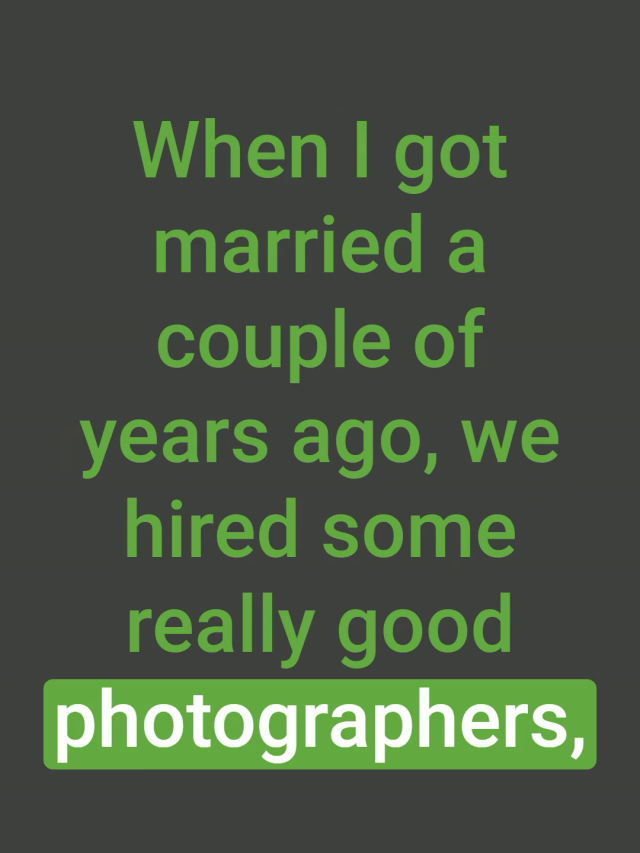 Wedding photographers need to be different
By Alex Vita 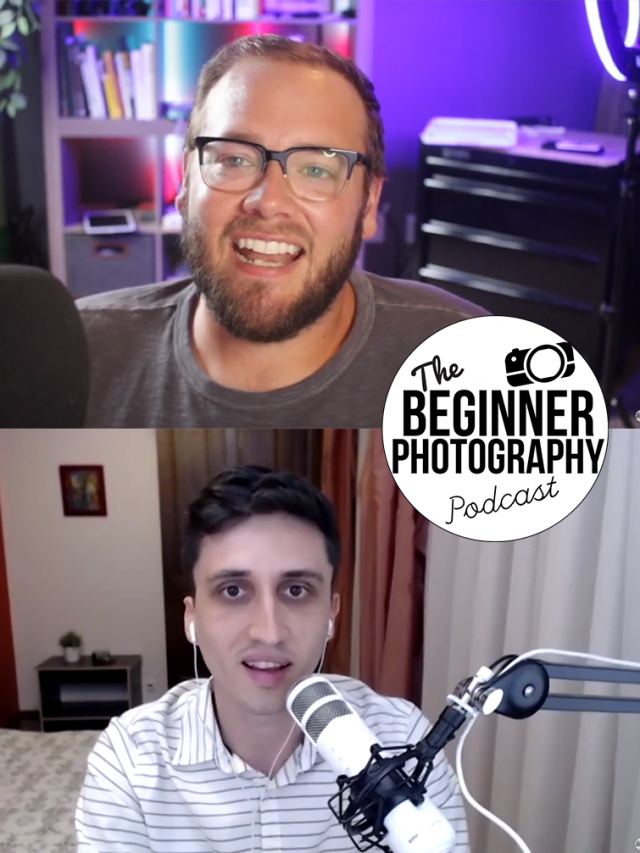 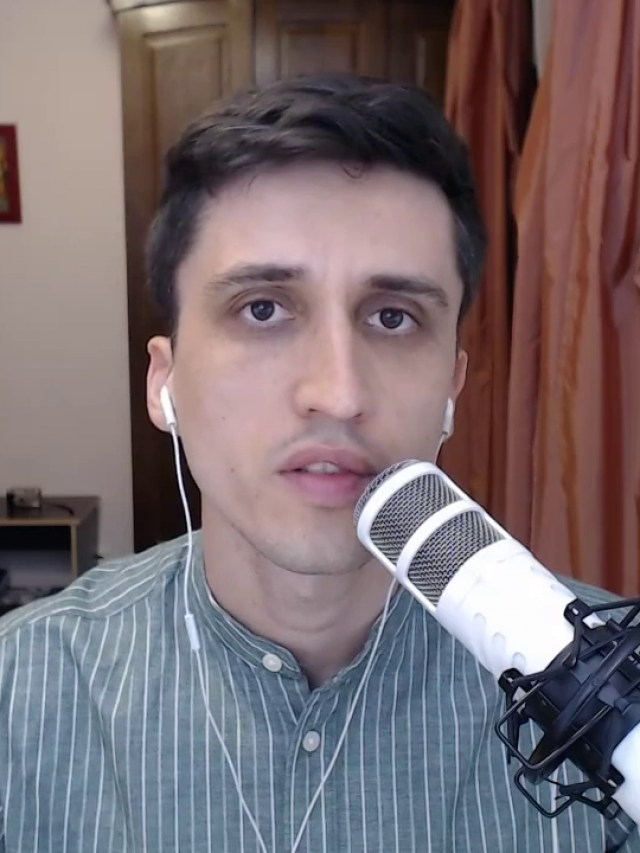 The market is selfish
By Alex Vita 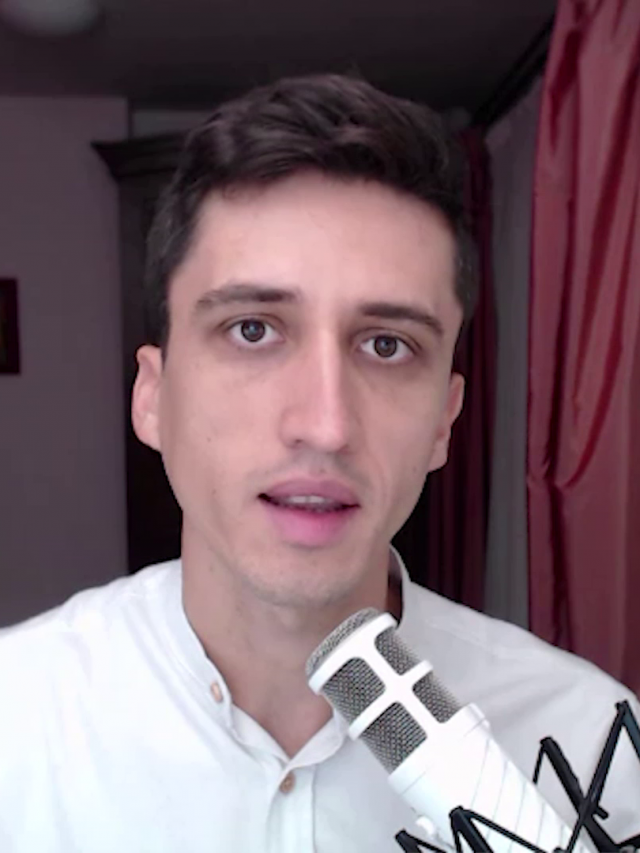 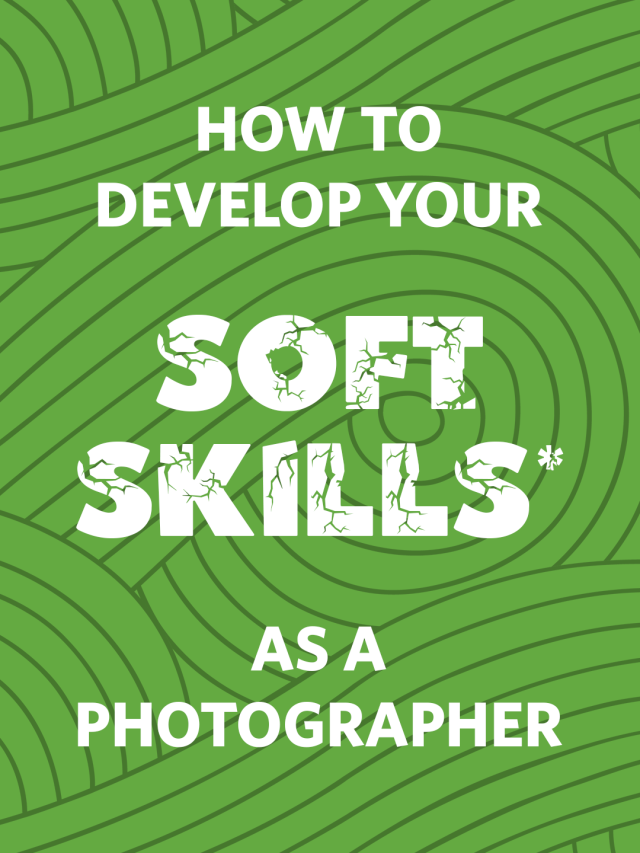 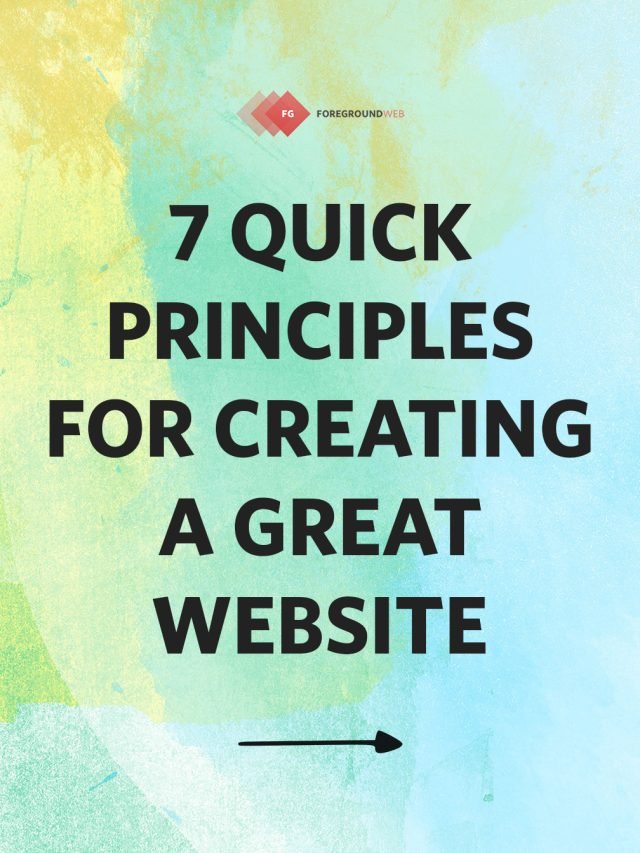 7 quick principles for creating a great website
By Alex Vita 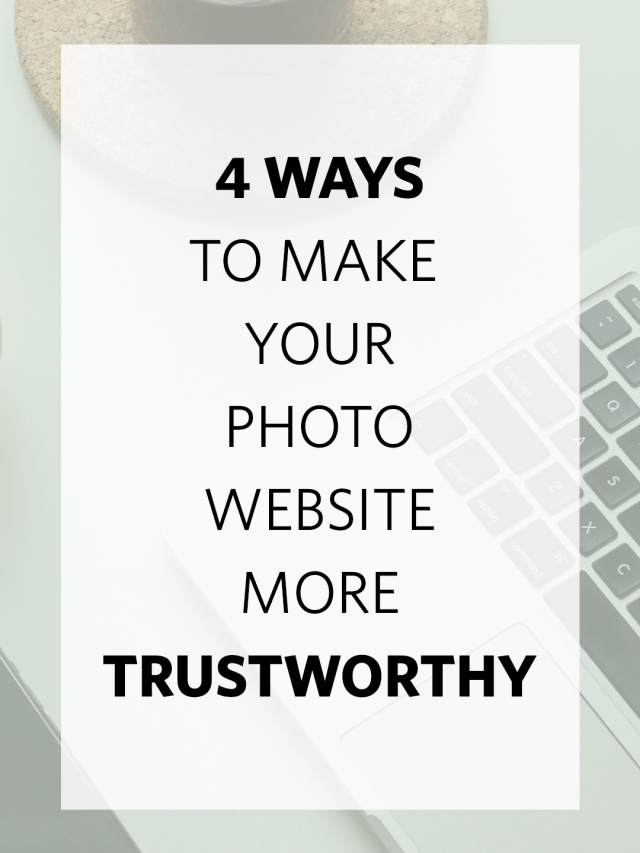 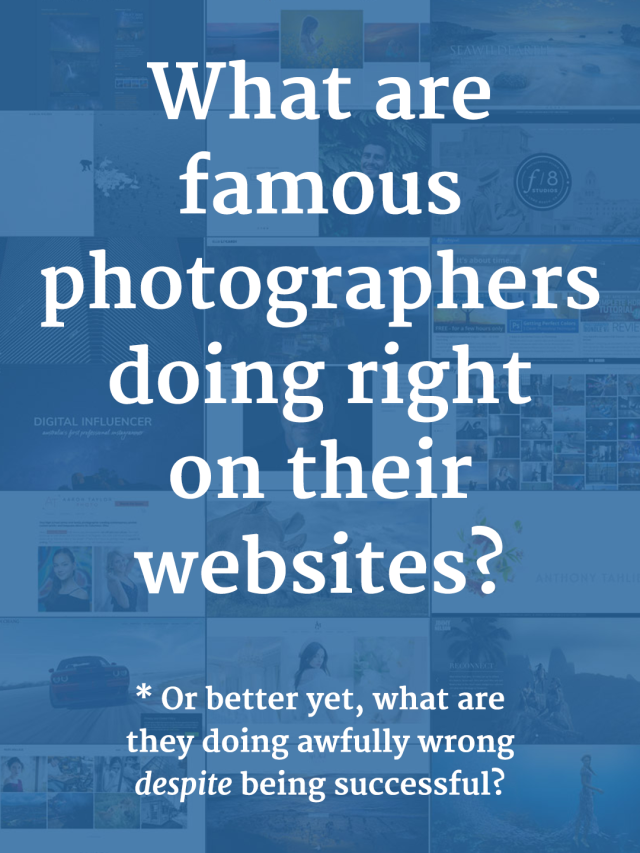 What are famous photographers doing right on their websites? Or better yet, what are they doing awfully wrong despite being successful?
By Alex Vita

Level up your photography website
with the free guides & resources! 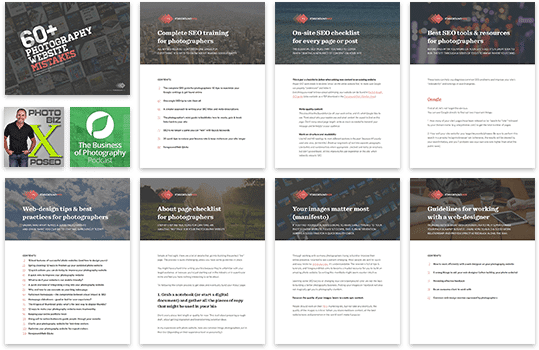 You'll get a free eBook (on photo website mistakes), many checklists and guides about improving your site's design and SEO, video recordings of website reviews, podcast interviews, and more. Plus... fresh free articles, actionable tips and curated links from around the web - sent directly to your inbox (twice a week). 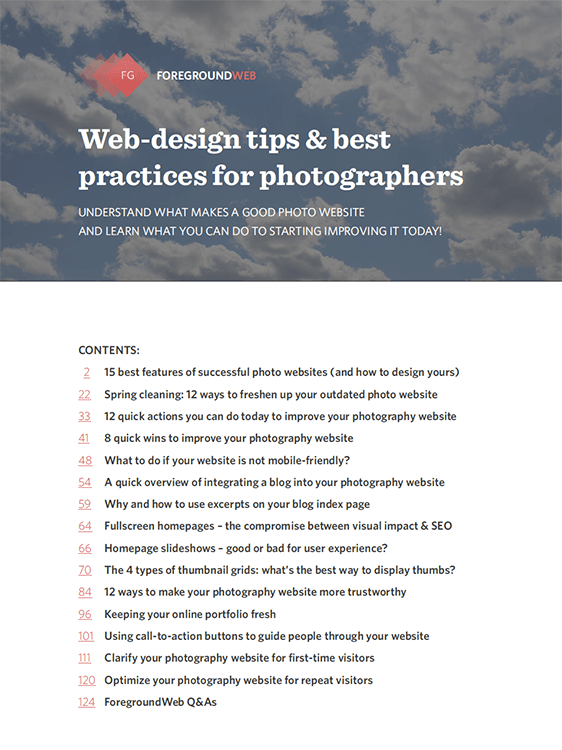 Get instant access to all of my exclusive resources:

No spam ever. You are free to unsubscribe at any time.
Already subscribed? Check the first email to access the resources.